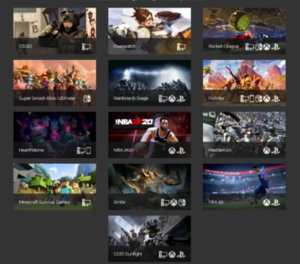 Interested in being a part of the newest sports team at WVHS? Click "Read More" to find out more information.
Walker Valley High School is in the process of creating E-Sports teams for the spring of 2020.  E-Sports is a new way for students to connect with their school and represent the school in interscholastic competition in gaming.  The Esports League (click here for site) is a national league that oversees the competition between schools.  This league provides oversight for competitive seasons and for practice game play during the year.
The presentation from the interest meeting that was held on December 13th are linked here.
The five games that were voted upon by the students at the meeting were:
Several of these titles require this consent form to be signed and returned for students to take part.
Fundraising options do exist for the league (found here)
We will have more information go out to students in the near future concerning the league and how to join.  A second interest meeting will be held after students return from the Christmas break (in the second week of January).  At that meeting, payment for the league will be due.